skip to main | skip to sidebar

Usually most of us guys scramble to get our ladies something at the last minute. It isn't something we mean to do... it just happens. This year I did something a bit differently.

Right after Christmas I picked up some chocolate and put it in my closet, a week later I picked up a teddy bear. Every week i got some little thing and added it to my secret stash for Valentine's Day. The Monday before I had it planned... I usually go downtown for one of my clubs, so i would stop and get the balloons... then on the way back I would get the roses from our local store that is open until 1:00 am.

I got in just around midnight, and Eve was winding down for the evening. I decided not to wait until daylight but to surprise her right after Midnight... which was technically Valentine's Day.

I tied balloons to the stairway, set out all the goodies, and got everything ready. Then I called upstairs and said, "Honey can you come down here and help me with something?"

She was like... "Waaat... it's midnight!" I said, "Just for a minute!" She started out the bedroom and actually made it about half way down the stairs before she realized what I did. I managed to surprise her... something not too easy to do.

I took these pictures in the morning... 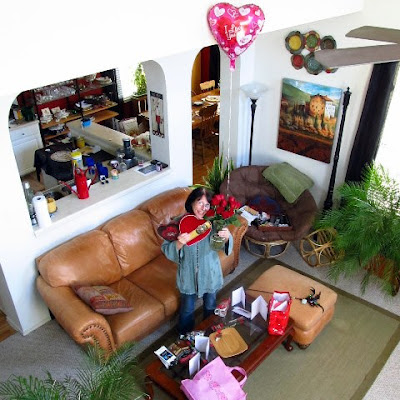 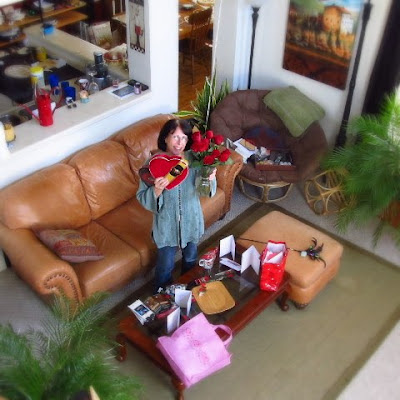 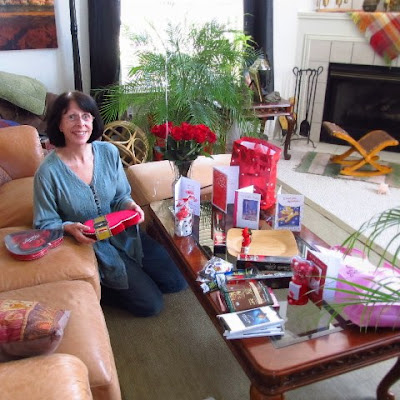 Now Mother's Day is on the horizon... guess it's time to start over again.
Posted by jerryarutherford at 11:44 AM No comments: